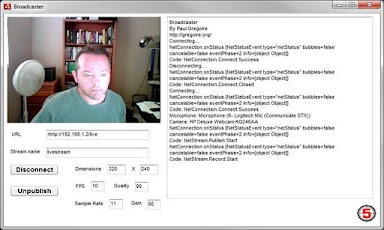 Broadcaster Pro works like Flash Media Live Encoder, but works flawlessly on an Android device. You can now stream FLV or F4V video over RTMP, RTMPT, RTMPS, or RTMPE, and choose live, record, or append modes. The app recognizes your phone or tablet’s camera and streams it to a media server for delivery. He’s tested this using Wowza, Flash Media Server, and Red5.

Transitioning from Flash to HTML5 Video on Pluralsight

Get Up and Running with web video and more!